How to Change Video Playback Speed

This article instructs you how to change the playback speed of video in the platform so you can speed through a long video, or review a scene in slow motion.

Note: This feature is available only for videos added via CorpU Video when added to the platform so if you are viewing a video that does not have playback speed options, it likely has been uploaded via another method. 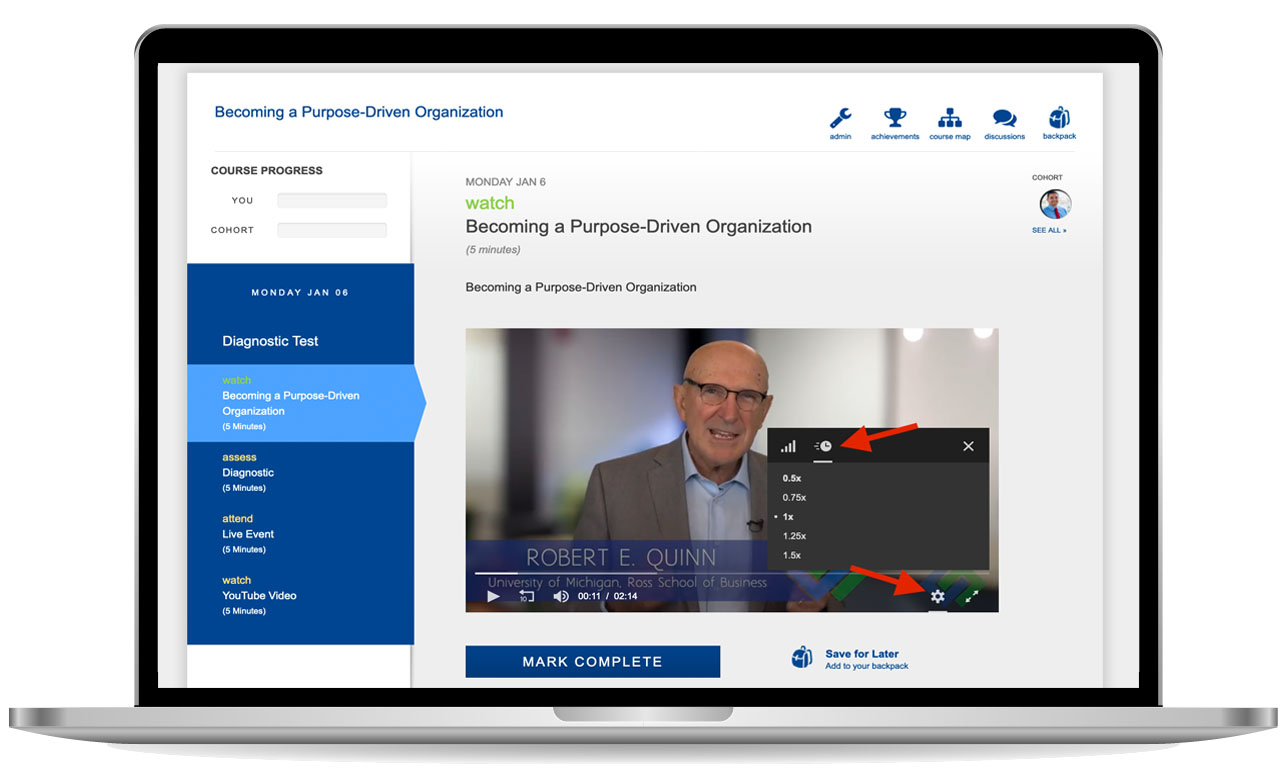 How to change the playback speed of a video

You can increase the speed up to 2x, or slow the video down to 0.5x. To return to normal speed select 1x.

To change the speed of your video during playback:

Speed can be adjusted at any time before and during playback. You can modify the playback speed by clicking the gear icon in the player

Note: Both video and audio will be adjusted for all speed preferences.

Did this answer your question? Thanks for the feedback There was a problem submitting your feedback. Please try again later.
Last updated on March 30, 2022