This article describes what a breakout group is and how they are used in some courses, as well as how to add cohort members to breakout groups.

What is a breakout group?

A breakout group is a subset of a cohort that completes one or more activities together as part of a course. Examples of breakout group activities include meeting as a group to discuss a case study or work through an exercise, as well as using a Discussion activity in the platform to have a dialogue about a particular topic.

How are breakout groups constructed?

There are several ways to construct your breakout groups, each with its own merits, but it’s ultimately up to you how the groups are constructed. You can randomly assign learners to a breakout group, for example. You can also go through your cohort roster and distribute learners from each division in the company (or use another data field) between all of the breakout groups.

Another option is to group people from the same region together to make scheduling a group meeting easier. If the course is part of a larger program, consider whether or not you want to keep the same groups throughout the whole program or change the groups each course. There are many considerations when constructing breakout groups and you can consult your Customer Success representative for additional help.

How to add cohort members to breakout groups 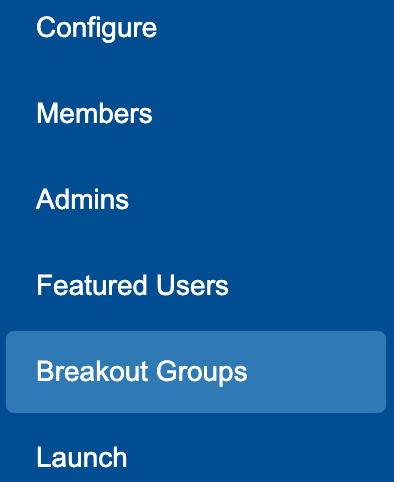 Tip: To see all of the breakout groups expanded so you can see each group’s members, click the Toggle All Groups button in the top right corner of the page.

Did this answer your question? Thanks for the feedback There was a problem submitting your feedback. Please try again later.
Last updated on April 26, 2022